On My Way Childcare 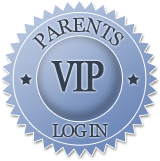 MIDDLETOWN, NY, May 16, 2016- On My Way Early Learning & Childcare Center located in Middletown, New York has announced the promotion of Carla Fratto to the position of Director.

Mrs. Fratto holds a Bachelor’s degree is Elementary Education from S.U.N.Y. New Paltz and has been teaching for more than 18 years. She has been with On My Way for over five years where she has held various teaching positions in the center’s toddler and Pre-K programs. Mrs. Fratto resides in Middletown, NY with her husband Ross and son Luigi.

“I am honored to take over as Director of On My Way Early Learning & Childcare Center and look forward to expanding the S.T.E.M. (science, technology, engineering and mathematics) curriculum which was introduced last year.” Fratto added, “I am especially excited to be a part of a growing early learning center that truly focuses on bringing childcare to a higher level with safety, security and early learning as its primary focus.”

On My Way Early Learning & Childcare Center is a state licensed facility that provides educational and developmentally appropriate services for children between the ages of six week and twelve years of age. The center’s safe, secure, state of the art facility and programs cater to the well-being of children and families alike for over seven years.